Northern Westchester Music School (NWMS) was founded in 1959 by Carmen Carrozza, a world famous accordion player. In 2005, the ownership of the school was transferred to the current owner Jacek Zganiacz, a classical pianist from Poland and a Juilliard graduate.

The school is conveniently located at the French Hill School building in the center of Yorktown Heights. Our studios are equipped with quality instruments and a library of books. We teach a variety of instruments and voice to students of all ages. Our faculty consists of qualified, dedicated, accommodating and experienced teachers/performers.

Our main goal is to instill in our students a deep enjoyment and appreciation of music and have them look beyond the routine practice. Whether preparing students for their NYSMA exam, various recitals and auditions or just deepening their knowledge and mastering an instrument, that goal never changes as music will affect their lives in ways far beyond the predictable. We understand how music can transform characters, so we never cease looking for ways to convince and infect others with that simple truth.

Our goal is to offer the best and most comprehensive music education. We believe that music increases intellectual faculties, physical coordination, teaches patience, confidence and discipline, all basic ingredients of success in whatever you do. Therefore, music should play an important role in the life of each individual regardless their age and every individual has the capacity for music appreciation and expression at some appropriate level of understanding and skill. We are committed to serve all individuals with a quality music instruction and to foster music interests in a supportive and caring environment. 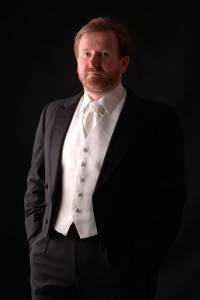 Jacek Zganiacz, a classical pianist from Poland, received his early training in Rybnik where he studied with Prof. Irena Krzyszkowska. He continued his studies at the Karol Szymanowski Academy of Music in Katowice under Prof. Jozef Stompel. While there, he performed his first solo recitals as well as concerts with featured artists, chamber groups and symphony orchestras. In 1985, Mr. Zganiacz arrived in New York to continue his piano studies at the Juilliard School of Music with Prof. Joseph Raieff. After receiving his Master’s degree, he was granted both a Licentiate and Fellowship Degrees by the Trinity College in London. He performs in recitals, concerts with symphony orchestras, accompanies singers and instrumentalists. He has appeared at Carnegie Hall, Avery Fisher Hall, Weill Recital Hall, Zankel Hall, Garden State Art Center, Kosciuszko Foundation in New York and the Fryderyk Chopin Society in Warsaw, Poland. Mr. Zganiacz is frequently invited to perform at various universities, schools and foundations. Several times a year, he travels to Poland to perform recitals and concerts with orchestras in various cities. He appeared with Chopin recitals in Zelazowa Wola (Chopin’s birthplace) and Lazienki Park in Warsaw. In 1998, he toured Silesia (Poland) with an innovative presentation of Gershwin’s “Rhapsody in Blue” with a brass band. He performed an all-Chopin recital at the Ethnic Society Hall in Philadelphia, PA. He often takes part in “evenings of poetry and music”. In the past, he shared the stage with Stephanie Powers, Teresa Budzisz-Krzyzanowska, Jerzy Zelnik, Janusz Bukowski and others. Besides music, Mr. Zganiacz holds several licenses and has over a decade of experience in the financial field. He is also a commercial pilot currently flying for one of the major airlines in the United States. 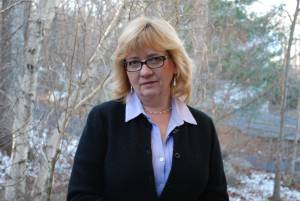 Ella Palac-Zganiacz, Vice President of the Northern Westchester Music School, was born and raised in Warsaw, Poland. Not a musician herself, she appreciates both music and education – she holds a Master’s degree in Psycholinguistics (Second Language Acquisition) and worked as an English as a Second Language (ESL) teacher and private tutor for many years. She also works as a freelance translator for individuals and agencies, her greatest accomplishment is a literary translation of a novel by a contemporary British author. In her Vice President role, Ms. Palac-Zganiacz is actively involved in daily operations of the school and focuses mainly on overall management. She works on miscellaneous projects that aim to enhance the image, ambiance and business health of the school. She is also in charge of all event organization for students and faculty.

The Northern Westchester Music School was founded in 1959 by Carmen Carrozza, a world famous accordion player. Carmen owned and operated N.W.M.S. from 1959 to 2005. Carmen Carrozza was born in Calabria, Italy in 1920 and immigrated to America with his family at an early age. He played piano and violin, but soon became enamored with the accordion’s flexibility, how it could fit perfectly into an orchestra or sound like an orchestra itself. Carrozza is one the greatest exponents of the accordion in the classical field. He studied under Pietro Deiro who was one of the pioneers of the accordion in the United States. He has appeared as soloist with the Boston Pops Orchestra, under the direction of Arthur Fiedler, the Cincinnati Orchestra, Buffalo Symphony Orchestra, and the National Symphony at Kennedy Center (Washington D.C.). He has also appeared with the N.Y. Philharmonic under the direction of Andre Kostelanetz, premiering the “Rubaiyat”, written by Alan Hovhaness and narrated by Douglas Fairbanks, Jr. in Washington DC and for former NYC Mayor John Lindsay in New York. He has concertized throughout Europe and was presented with a gold medal in Italy after an outstanding performance at the Teatro di Pavia. One of the high points in Mr. Carrozza’s distinguished career was a concert in Town Hall in New York City where he performed all original accordion works by many outstanding American composers including Robert Russell Bennett, Paul Creston, Virgil Thompson and many others.